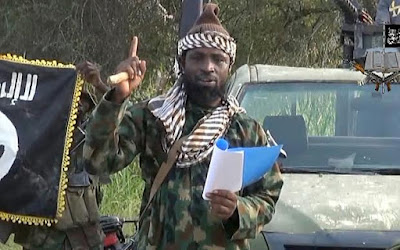 Abu Musab al-Barnawi, who was previously spokesman for the
Nigerian-based Islamists, is featured in the latest issue of an IS
magazine.

It does not say what has become of the group’s former leader Abubakar Shekau.
He
was last heard from in an audio message last August, saying he was
alive and had not been replaced – an IS video released in April said the
same.

Boko Haram, which has lost most of the territory it controlled 18 months ago, is fighting to overthrow Nigeria’s government.

Its seven-year insurgency has left 20,000 people dead, mainly in the country’s north-east.
In
the interview in IS’s weekly Arabic magazine al-Naba, Mr Barnawi said
his group “remained a force to be reckoned with” and said it had been
drawing new recruits.

He described the group’s battle against West African states as a war fought by Muslims against “apostates” and “crusaders”.