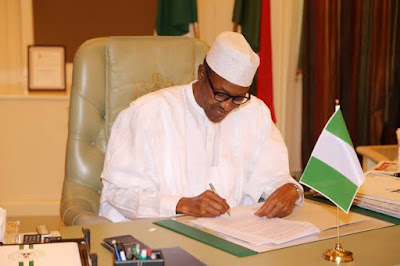 Posted By: seunon: March 15, 2016In: HomeTags: No Comments
Print Email

President Buhari has approved the appointment of Dikko Umaru Radda as the new Director General and Chief Executive Officer (DG/CEO) of the Small and Medium Enterprises Development Agency of Nigeria (SMEDAN).

A statement released by the Secretary to the Government of the Federation (SGF) and signed by Bolaji Adeniyi, Director of Press of the SGF, states that the appointment is with immediate effect.

The statement adds that Radda graduated with a Bachelor’s Degree in Agricultural Economics and Extension from Abubakar Tafawa Balewa University, Bauchi, in 1996.