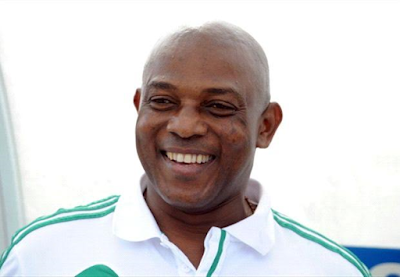 Family member say they will carry out an autopsy on Stephen Keshi, says his death is suspicious

Speaking with The Nation,
Rickey Aburime, a member of Stephen Keshi family debunked media reports of Keshi dying from an heart attack. He
stated that Keshi was meeting with some friends and family members at his
Benin City resident when he suddenly fell sick.

“All of a sudden, they that noticed his countenance changed and he was
not okay. The person with him called Ebuka and they rushed him to the
hospital. He was dead by the time they got to the hospital. A nurse that
checked him said there was no pulse.

Doctors later confirmed him dead. After the confirmation, as he was not a
patient of the hospital, they could not write any report or present any
death certificate. They said we must bring the police report and the
police came to inspect the body. I am about to take the corpse to Stella
Obasanjo hospital pending the autopsy which the family want to do. Dr.
Wilson Akhiwu will conduct the autopsy. There is no official statement
as to the cause of death. There will be no embalming. It was sudden and
we don’t want anybody to speculate. There was no sign of ill health and
Keshi has not complained of anything recently.”