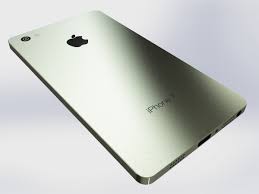 A federal judge canceled a hearing Tuesday in the legal battle to force Apple to break into an encrypted iPhone used by one of the San Bernadino attackers, after federal officials said in a court filing they may have found another way to access the device.

In a filing late Monday, federal prosecutors said “an outside party” has come forward and shown the FBI a possible method for unlocking the phone used by one of the shooters in the Dec. 2 terror attack.
In a statement, U.S. Justice Department spokeswoman Melanie Newman said the government is “cautiously optimistic” that the possible method will work.

Newman added that the outside party demonstrated to the FBI this past weekend a possible method for unlocking the phone.

“We must first test this method to ensure that it doesn’t destroy the data on the phone, but we remain cautiously optimistic,” she said. “That is why we asked the court to give us some time to explore this option.”
If the method works, the government said in the filing “it should eliminate the need for the assistance from Apple.”

Thom Mrozek, a spokesman for the U.S. Attorney’s Office, said Magistrate Judge Sheri Pym on Monday granted the government’s request to delay the hearing, which had been set for Tuesday.

Federal officials will update the court with a status report by April 5 as to whether it will proceed with the suit, a law enforcement official told Fox News.

The law enforcement official would not elaborate on who the third party is, or what the new method might entail.

Apple attorneys told reporters Monday night that the disclosure by the FBI is another interesting twist in what’s been an interesting journey.

The company said that it doesn’t know anything about the possible workaround that FBI says that it has found through a third party, adding that they do not want to assume that FBI “has anything” because it did not share specifics on this method with the company.

Despite this latest development, Apple’s attorneys said that its position has not changed on the issue and that it stands ready to respond to the government if the case comes back, adding that the company feels strongly that it has the responsibility to protect customer data and privacy.