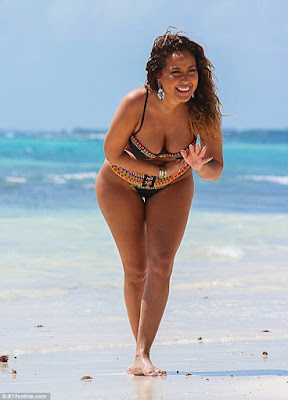 Popular Gospel artiste Israel Houghton, who recently divorced his wife of 20 years over infidelity  read it here if you missed it, is currently in another romantic relationship with singer and TV host, Adrienne Bailon, Rob Kardashian’s ex girlfriend.

Adrienne Bailon has a new curvy beach bod and boyfriend, who happens to be a Grammy-winning gospel singer, and she showed off both on a Mexican holiday.

The boyfriend first … Israel Houghton  is a famous Christian singer who’s got 6 gospel Grammys. Adrienne appeared in the 2013 flick Israel produced called, “I’m in Love with a Church Girl.”

Israel just recently became officially available, although he’s been seeing Adrienne for a while. He divorced his wife of 20 years earlier this year.