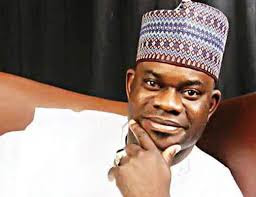 Posted By: seunon: August 11, 2016In: HomeTags: No Comments
Print Email

After
its deliberations of August 10, 2016, the Executive Council of Kogi
State came up with the following resolutions among others:

The Council resolved that a Judicial Panel of Inquiry be set up to
probe into allegations of failed contracts in the State. Contracts by
CGC Construction Company and many others from 2003 to 2016 will be
probed. This is aimed at ensuring the state is not defrauded through
contracts that are capable of damaging the economic future of the
State.

Council approved the School Farm Scheme Initiative to boost food
production and impress the importance of agriculture on pupils and
students. It is believed that the program will boost the financial
viability of schools across the state. The Honourable Commissioner For
Agriculture said the scheme will  cause agricultural revolution in the
State.

Council made a bold decision to harmonize taxes, levies, rates, fees
and charges collectible by ministries, departments and agencies to help
boost the IGR of the State, curb multiple taxation and enthrone
transparency and accountability.

The Governor said his government will be decisive in tackling
corruption and waste, urging all council members to drive the New
Direction Agenda.
 Council resolved to ensure strict compliance to the 2016 Budget, saying no extra-budgetary expenditure will be acceptable.