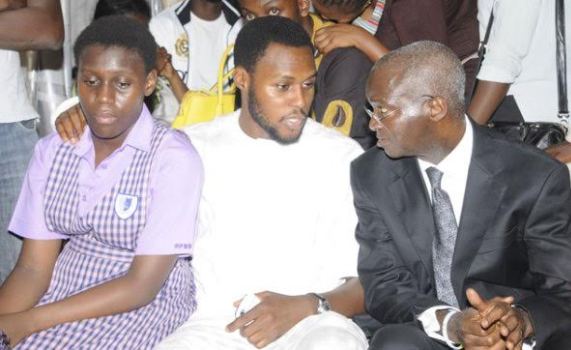 Posted By: seunon: March 08, 2016In: HomeTags: No Comments
Print Email

Aaron Ocholi, the first son of the Minister of state for Labor and Employment, James Ocholi, would have also lost his life in the fatal accident that claimed the lives of his father, mother, brother and two others along the Kaduna-Abuja expressway on Sunday March 6th.

While receiving a body of the Senior Advocates of Nigeria at their residence yesterday March 7th, Aaron who was called to bar in October 2015, said a fracture he sustained in his hand while playing football  on Saturday March 5th, prevented him from following his parents and brother to the church thanksgiving in Kaduna. It was while they were returning from the thanksgiving that they had the accident and lost their lives.