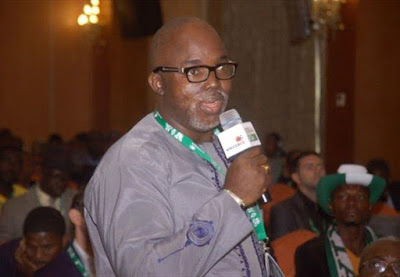 Posted By: seunon: March 31, 2016In: HomeTags: No Comments
Print Email

Nigeria Football Federation President Amaju Pinnick believed he has done well in his term in office after critics called on him to resign following Super Eagles failure to qualify for AFCON 2017.

Amaju highlighted his achievements with other national football teams during his tenure as enough proof his stewardship has been a success and categorically stated he won’t resign as he had a four year tenure to complete.

“I was elected by the Congress of the Nigeria Football Federation for a four-year team and I don’t see why I should be asked to resign with over two years to serve,” said Pinnick. With all due respect, I don’t think we have done badly in these past one and half years that we have been in office and I have a four-year mandate which I intend to see through. When we came in we had a case running for nine months and this affected us. “In between we won Fifa Under 17 World Cup, we won the Africa Women’s Championship and we also qualified for the women’ s Under17 and U20 World Cups coming up this year. “I think we have achieved. Again we have very young Super Eagles players that should be the future of the game in the country. On the choice of Kaduna as venue of the Afcon match against Egypt, we picked Kaduna because of the passion the people have for the game and the fact that the venue boasts of the best pitch in the country presently and they stood behind the team all through. Aside from that, the Super Eagles have never lost a match there so it was all these that we considered on picking the Ahmadu Bello Stadium to host Egypt,” he said.