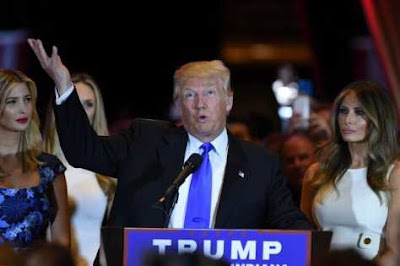 Donald
Trump has officially become the Republican nominee in November’s US
election after John Kasich today reportedly suspended his campaign for
the presidency, automatically making Trump the party’s flag bearer.


Mr
Kasich cancelled a planned campaign event today to make a statement in
Ohio. His departure comes on the heels of Ted Cruz, Trump’s closest
challenger, throwing in the towel late last night following a disastrous
result in the Indiana primary. It gives billionaire entrepreneur and
sometime steak salesman Donald Trump a clear run at the presidency.
Mr Trump won all 57 of Indiana’s state delegates last night, his eighth primary win in a row.
Kasich’s team said as recently as last night that they would not pull out of the race before July’s nominating convention.
They said: “Our strategy has been and continues to be one that involves winning the nomination at an open convention.”
But a senior campaign advisor told NBC News today that he was set to pull his campaign with a statement tonight.
UK Mirror.