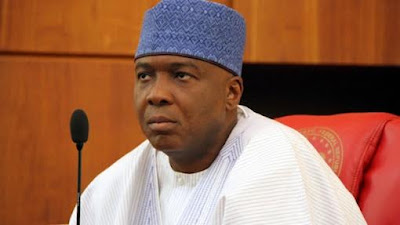 Justice Abdul Kafarati of the Federal High Court, Abuja, has withdrawn from the fundamental rights suit filed by Senate President Bukola Saraki to quash the charges of false declaration of assets brought against him by the federal government at the Code of Conduct Tribunal (CCT).

At the hearing of the case today March 22nd, Justice Kafarati said that his withdrawal is as a result of a report by an online media site, Sahara Reporters, alleging that he, Kafarati, was corrupt and had been bought over by Saraki.

Kafarati said his integrity had been called into question in the matter and so could not continue as the presiding judge.

“It is only in this country that people can wake up and start calling people names. In the circumstance, I disqualify myself from this case. I will hereby send the case file to the chief judge for re-assignment to another judge.”he said