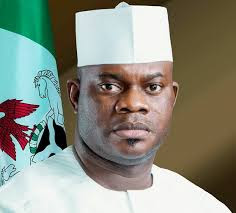 The Governor of Kogi State, Alhaji Yahaya Bello has directed the
Vice Chancellor of the Kogi State University, Anyigba, to reopen the
school on Monday, July 18th 2016, after three months industrial action
by members of the Academic Staff Union of Universities (ASUU) of the
institution.

Governor Bello said having met the major demands of the lecturers, they are expected to return to classes. He
said his government will continue to place premium attention to
education, urging the different heads of tertiary institutions in the
State to deepen the culture of patriotism and hardwork among their staff
members.

According to the
Governor, the Treasury Single Account will soon come afloat in the
State, stating that public accountability will remain the hallmark of
his administration. He said having paid six months salaries in just six
months into his tenure, his government should be trusted by the
lecturers.

The Governor promised to look into cases of
over-taxation of lecturers in the past, saying cases of unjust taxation
will be redressed stating that the approval on subject matter which was
handed over to him was for tax waiver. He directed full scale audit of
all tertiary institutions in the State.

Responding, the heads of
the tertiary institutions thanked the Governor for paying four months
salary arrears owed by the previous administration. They said the
gesture is a signature of the Governor’s commitment to tertiary
education in the State.