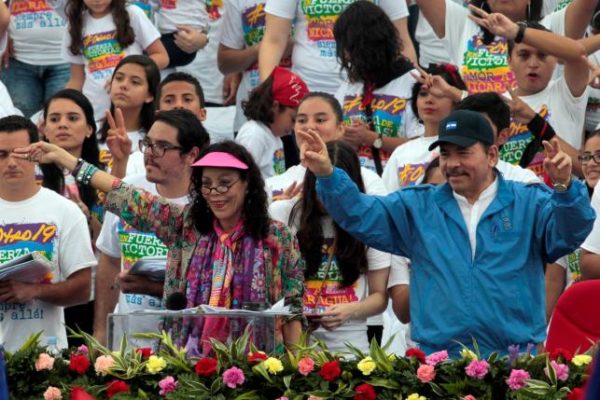 Nicaragua’s president picks his wife as his presidential running mate

Yesterday, Pres. Daniel Ortega, 70, who first ruled the Central American
country in the 1980s and returned to power in 2007, picked his wife to
run as his vice presidential candidate in an election in which he his
heavily favored to win a 3rd consecutive term

A mother of seven children, Rosario has a reputation for wearing
colourfully extravagant outfits and jewellery more commonly seen in the
hippy 1960s. Ortega and his wife officially submitted their presidential
election nomination form to their party yesterday.