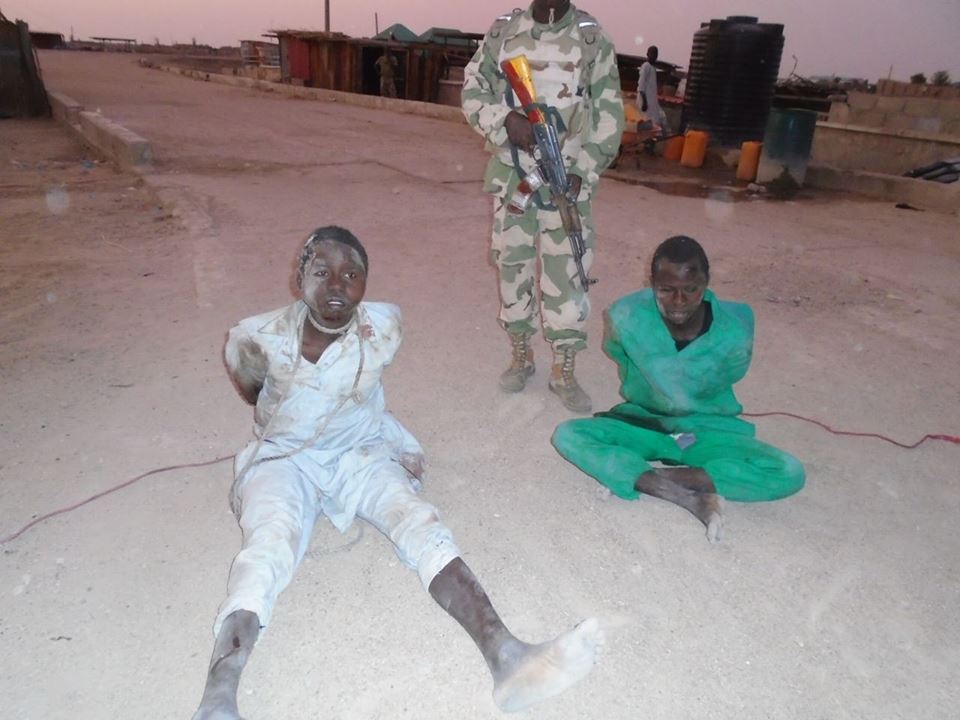 The Acting Director Army Public Relations, Colonel Sani Usman
has revealed in a statement on Tuesday that terrorist sect Boko Haram
now has new “uniform of green colour and use of ropes on their legs and
necks.”

Read the full statement below:

Troops of 22 Brigade Garrison and
elements of 3 Battalion that went out on long range fighting patrol
yesterday, Monday 25th April 2016, to Gima village in Ngala Local
Government Area made a startling discovery; Boko Haram terrorists now
have new means of identification.
The patrol came in contact with some elements of the Boko Haram that started escaping in disarray on sighting the team.

However, they were able to apprehend 2
terrorists in their new styled uniform of green colour and use of ropes
on their legs and necks. This is a new development in the ongoing
clearance operations of the remnants of the Boko Haram terrorists in the
north east.
In addition, the patrol team recovered 1
Isuzu Canter lorry which found concealed with grasses, 5 motorcycles
and 2 bags of guniea corn. Other items recovered include 3 Dane guns, a
Solar panel, 3 bows and arrows.
The arrested terrorists are currently being interrogated to further assist in the clearance operations.
Thank you for your kind cooperation.