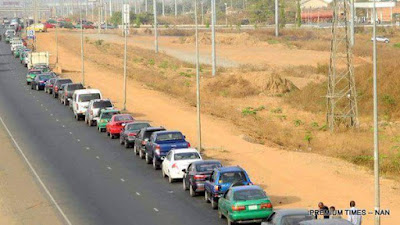 Nigerian National Petroleum Corporation (NNPC), Dr. Ibe Kachikwu, stated that NNPC would be unbundled into 30 profit-making companies with separate Managing Directors in the weeks ahead as part of the ongoing transformation of the national oil company.
This disclosure didn’t go down well with the players in the industry, and as a result the Group Executive Councils of Nigeria Union of Petroleum and Natural Gas Workers (NUPENG) and Petroleum and Natural Gas Senior Staff Association of Nigeria (PENGASSAN) in a meeting yesterday stated that after “extensively discussing the pronouncement of the GMD on NNPC unbundling…observed that the GMD/HMSP totally disregarded due process and failed to engage stakeholders”
They therefore resolved that “…from midnight today (Tuesday, March 8), all NNPC locations will be shut down completely until further notice. Further directives will be communicated accordingly”.
According to Vanguard, some of the workers who spoke on the condition of anonymity, chided the Federal Government, the Minister of State for Petroleum Resources, Mr. Ibe Kachikwu and the management of the NNPC for taking such decision which concerns and affect the future of the workers without due consultations.
Source: Vanguard