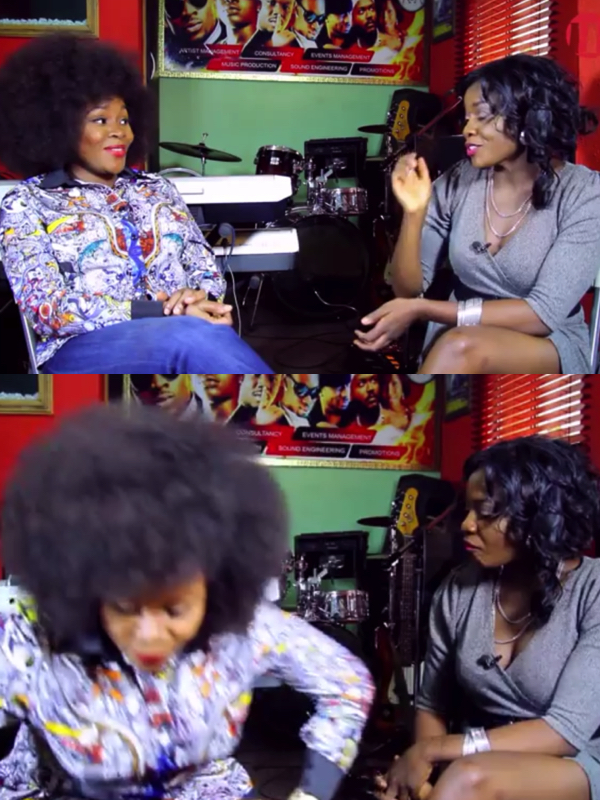 Omawumi sat down for “Da Chat” with Zinnia, a show on HFtv Africa recently where she opened up about her career and personal life.
Omawumi said on the show that her and the host have known each other since 2007.
She was asked tough questions about
rumours – for example, that she mentioned an offensive rumour that
“Omawumi’s daughter was fathered by her manager (not her husband)”, to
which the singer responded “eww” and “God forbid”. She said she doesn’t like talking about it, but because it was Zinnia asking, she would be polite.
On the positive personal side, her daughter is turning 5 soon, and she said her husband is very supportive.
On her career, she talked about working with the legendary Angelique Kidjo, and more about the Nigerian music industry, like with Dr Frabz.
The interview was going well for about
15 minutes, until the interviewer asked her about an alleged smoking and
drinking habit and how it affects her image as a role model, and
Omawumi asked the host if she has personally witnessed such, before
addressing it then walking off the interview set.
Omawumi said {slightly contracted}

Have you seen me smoking before?

So why would you say that? Now you see
me as an artiste. I am contributing what I can. I make music the way
that I should. And I come here I honour your invitation. And you’re
supposed to mean me well.

Do you mean me well?

Zinnia: Of course I do.

So why would you say something that you’re not sure about?