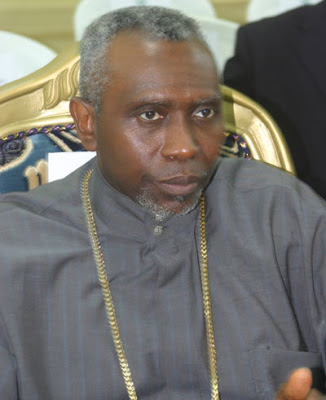 Oritsejafor Says Christians Betrayed Him As CAN President

The
immediate-past presi­dent of the Christian As­sociation of Nigeria
(CAN), Pastor Ayo Oritsejafor has opened up on his reign as the leader
of CAN.


Ayo
spoke to Daily Sun on how he weathered the storm as leader of the apex
Christian body in the country and how he was betrayed and insulted by
Christians.
He said Christians plot­ted against him and equally insulted him even when he put his life on the line for them.
Oritsejafor said he took over the mantle of lead­ership at the most trying times in the country.
“We
came in a period the challenges of the church had reached a point that
lots of Christians in Nigeria had been displaced from their home and
churches.
“Some
pastors, par­ticularly, in northern Ni­geria were closing their
churches. Lots of Nigeri­ans had become internally displaced persons in
their homes,” he said.
He
called on Nigerians, particularly the Christian faithful, to stand
behind the new president of CAN, Pastor Samson Ayokunle and his team in
order to withstand the challenges ahead.