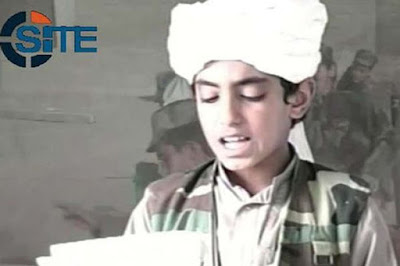 Osama bin Laden’s son vows revenge against US for killing his father..

The son of Osama bin Laden has threatened revenge against the US for assassinating his father, according to an audio message posted online by Al-Qaeda.

Hamza bin Laden promised to continue the global militant group’s
fight against the United States and its allies in the 21-minute speech
entitled “We Are All Osama,” according to the SITE Intelligence Group,
an organisation that tracks white supremacist and jihadi organisations
online.

The footage was released by Al-Qaeda, and sees Hamza claim  “We are all Osama”.
“We will continue striking you and targeting you in your country and
abroad in response to your oppression of the people of Palestine,
Afghanistan, Syria, Iraq, Yemen, Somalia and the rest of the Muslim
lands that did not survive your oppression,” Hamza said.