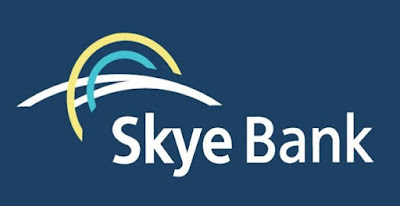 The recent trend of
retrenchment of workers in the financial services sector on Monday
extended to Skye Bank Plc, which sent about 175 of its employees into the
labour market.

The
bank confirmed the development in a statement through which it explained
that the affected workers failed the year 2015 appraisal exercise.
The
statement explained that a combination of factors was taken into
consideration in the annual exercise, which ranged from low productivity
to disciplinary issues, adding that the affected employees were duly
exited in line with the bank’s staff exit policy.
The
statement read in part, “The staff disengagement exercise is coming a
year after the bank’s successful integration with the erstwhile
Mainstreet Bank, which it acquired in October 2014; the integration
exercise described by analysts as a landmark in Nigeria’s banking
industry has significantly improved Skye Bank’s ICT capacity and helped
strengthen the bank’s service delivery.
“The
bank extended its appreciation to the affected staff for serving the
bank, describing them as members of the family who will always be
accorded deserving respect in their future dealings with the bank.”
According
to the statement, Skye Bank is adjudged by the Central Bank of Nigeria
as one of the systemically important banks with over N1.3tn balance
sheet, and has over 400 branches.
Last
week Diamond bank retrenched over 200 members of its workforce, while
Ecobank Nigeria sacked over 1,040 of its employees, in response to the
difficulties in the economy.
FBN
Holdings, the parent company of First Bank of Nigeria Limited, had
recently said it would cut down the number of its employees by 1,000.
As a
result of the development, the Minister of Labour and Productivity, Dr.
Chris Ngige, on Friday directed the banks to stop the retrenchment
exercise.
The
minister further directed that all the retrenchments done in the past
four months should be put on hold pending the outcome of a proposed
stakeholders’ summit for employers and employees of the banking,
insurance and financial institutions scheduled for the first week of
July.
“Following
the high spate of petitions and complaints from stakeholders in the
banking, insurance and financial institutions, I hereby direct the
suspension of the ongoing retrenchment in the sector pending the outcome
of the conciliatory meetings in the industry,” Ngige had said.
PUNCH.