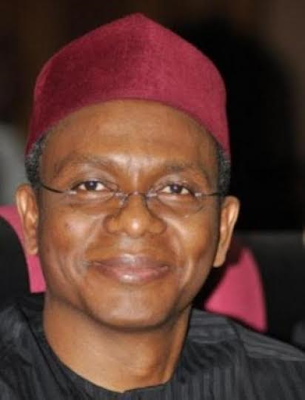 Those criticising the Kaduna Religious bill are ignorant- El-Rufai

Posted By: seunon: March 31, 2016In: HomeTags: No Comments
Print Email

Kaduna state governor, Nasir El Rufai, says those criticizing the Kaduna Religious Regulation Bill are Ignorant. Speaking to newsmen in Kaduna on Tuesday March 29th,
El Rufai said many of those crying foul about the bill have not read through it. He denied claims of having any ulterior motive by the introduction of the law.

‎“If you read that Bill, it is very short, it is 16 sections. Read it; tell me what you don’t like. Don’t say you don’t like the entire law because we know we have a problem and I am the governor and I need a solution. So don’t say the solution is not to have the law. Tell me what you don’t like about the Bill and we can discuss it. Tell me what is against your religion, we can discuss it.‎ Honestly, we do not have any ulterior motive other than to put a framework that will ensure Kaduna state citizens live in peace with every one practising his religion, but disallowing every Tom, Dick and Harry to come and say he can preach.”he said