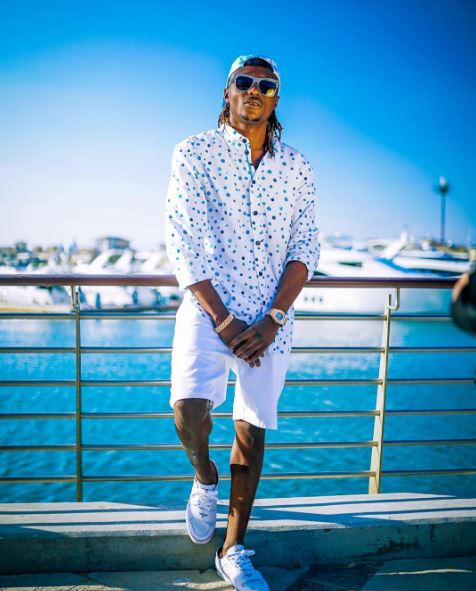 At a recently held event, music star Terry G was performing and getting booed by the audience. TerryG
uttered statements like: “We go ALL go Hell Fire”, “Ogun go fire una”,
“Mother F*ckers”,etc, amidst falling on stage several times, as he tried
to give an energetic performance which didn’t turn out well. The
DJ(Jimmy’s Protegé- @iDjPhriz) who was said to have been acting under
instruction from the show organisers, put off Terryg’s Music and Terryg
shouted “Dj Play song”…..

The DJ, who was in tune with the audience, changed the song to Olamide‘s “Durosoke” and Terry G walked over to his DJ stand to give him a slap across the head.

A lot of people have condemned Terry G’s actions as excessive.
Watch below.