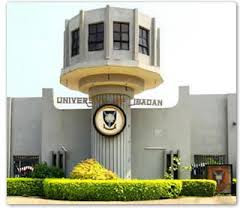 Why University Of Ibadan Was Shut Down

The Story of Tunji-Ekpeti Michael  a.k.a MOTE and How It Concerns you!
Of the Greatest Nigerian Students
Ever Conscious Nigerian Students
What
you are about to read is an exposition of the evil plans of the current
University of Ibadan Management to turn the ever intelligent University
of Ibadan students into PUPPETS. It is highly recommended that you
follow this piece to the very end so you can fully understand what is
about to happen, probably the biggest protest ever.
WHY and HOW DOES THIS CONCERN YOU?
In the words of Martin Luther King Jr, he said and I quote
The ultimate tragedy is not the oppression and cruelty by the bad people but the silence over that by the GOOD PEOPLE.

WHAT EXACTLY IS THE PROBLEM?
Operation
Free Mote is a massive campaign against the continuous victimization of
students by the University of Ibadan Management. It is now clear to all
that the current administration led by Prof Olayinka has come into
power just to use IRON BARS to cage UITES. There has been continuous
attacks on students but the LAST STRAW THAT HAS NOW BROKEN THE CAMEL’S
BACK is the case of MOTE, a 500 level student of the Petroleum
Engineering Department who was unjustly rusticated for being part of a
peaceful protest carried out by the residents of Independence Hall last
semester.
The
protest which saw over 500 katangites troop out after exceeding the
elastic limit of their patience to peaceful request improvement in
welfare activities of the Hall after the hall had suffered for over two
weeks lack of water and power supply exclusively to the Independence
Hall without any cogent explanation from the University management .
It was
however surprising that after more than two weeks of neglect and
lackadaisical approach to the issue, the University management found it
as a sense of urgency to attend to the problem of independence hall that
very morning of the protest. Just about one hour after the protest, the
Dean of Students Affairs visited the hall and the already rusty pumping
machine of the hall was repaired and water started gushing out once
again, power supply which had almost become a thing of the past for the
hall suddenly magically came back to life.
The
question to ask at this point is WHY DID THE UNIVERSITY MANAGEMENT WAIT
FOR A PROTEST TO OCCUR BEFORE THEY COULD HEAR THE YEARNINGS OF
KATANGITES.
SHOULD KATANGITES HAVE KEPT SILENT OVER THAT MATTER AND MAYBE TILL TODAY THEY WOULDN’T STILL HAVE HAD LIGHT AND WATER…

WHAT HAPPENED AFTER THE PROTEST?
After
the protest, the hall warden of Independence Hall who obviously was the
culprit that could not successfully manage the hall decided to look for a
scapegoat to put his blame on. Instead of Dr. Ayagunna admitting his
incompetence in managing the students who have confidence in his
leadership, he decided to look for a SCAPE GOAT.

OVER 500 STUDENTS PROTESTED SO WHY MOTE PARTICULARLY?
That
same period was getting close to the Independence Hall Elections, MOTE,
who was obviously a man of the people was said to at that time have
ambition to contest the Independence Hall Administrator General. Bearing
in mind that MOTE was going to become the AG and will always advocate
for the rights of fellow students at all times, Dr. AYAGUNNA allegedly
beat his chest that he was going to “finish” MOTE. He started by
processing an SDC letter for MOTE which automatically made the young man
lose his qualification to contest as the Students’ Union constitution
doesn’t allow anyone with a pending SDC case to contest.
He
later went on to fully ensure that SDC panel rusticate MOTE. It is very
shocking that Dr. AYAGUNNA who is supposed be a father over students was
reportedly laughing and celebrating after MOTE had been rusticated. He
was quoted to have said that “I HAVE STILL NOT FINSIHED DEALING WITH
THAT BOY”. This makes it crystal clear that the case of Mote is a pure
case of POLITICAL VICTIMIZATION.

HOW THIS AFFECTS US ALL – ADEWOLE’S TENURE VERSUS OLAYINKA’S
The
current administration is seriously planning an underground mission to
purportedly turn UI students into MORONS. The reason for this is simple,
there are plans to increase the tuition fee very soon and the only way
they can do this is by firstly “finishing” all student activists on
campus. The management thereby has turned into a SCIENTIST conducting
experiments with the FUTURE of NIGERIAN STUDENTS. The case of MOTE is
first of such experiment and if the outcome becomes successful for them,
many more experiments of students’ rustication will follow.
It is
becoming evident that even Queen Idia and Obafemi Awolowo Halls are now
two new laboratories for the experiment being conducted by the Prof.
Olayinka administration. There have been serious outcries from Queen
Idia Hall where our female students are being told to pay FINE for very
unintelligent reasons. It only makes one wonder whether we are truly in a
University that prides itself in training students that have SOUND
SENSE OF JUDGMENT.
Where on EARTH are University students FINED 2000 naira for not laying their BEDS?
Where on EARTH are University students FINED 2000 naira for dirty clothes on their BEDS?
Where on EARTH are University students FINED for not using CARPETS in THEIR rooms?
Where on EARTH are University students FINED for not having a LAUNDRY BASKET?
Well these are the current happenings in the supposedly FIRST AND BEST university!
It is
either you JOIN THE PROTEST TODAY AND LET’S FIGHT THIS EVIL ANTICS once
and for all or REMAIN SILENT AND KEEP GETTING OPPReSSED.
Look at
AWO HALL, the hall lacked water for more 6 weeks to the extent that our
female students were fetching and drinking MUDDY water! The university
never attended to these girls until the students, themselves, decided to
come around and donate their personal money to buy a pumping machine.
The pumping machine after contribution among concerned students was
bought and fixed, the water system of the hall resurrected BUT just some
days after, the University management are threatening to send out Union
Executives to the SDC for buying and installing a pumping machine on
behalf of the school. SOUND JUDGEMENT RIGHT? HOW VERY CRAZY?!
They
have been ordered to go and remove the pumping machine fixed so
residents of the Obafemi Awolowo Hall should not be surprised to go back
to their old conditions BUT who will FIGHT FOR THESE STUDENTS if we
ALLOW them VICTIMIZE MOTE RIGHT NOW?
THE FIGHT IS ON, WHAT YOUR PART SHOULD BE!
Today
is the D-DAY, there is an ongoing massive mobilization across all
institutions in OYO STATE to storm the University of Ibadan with the
combined forces of ALUTA, and so the UNIVERSITY MANAGEMENT can know that
we are not babies. At our AGE, many of the great leaders of today were
already ruling the country, and some wicked people here in the
University trying are trying to suppress and oppress us at this age.
Are they actually training us to be leaders or PUPPETS AND WEAKLINGS OF TOMORROW?
In the
words of a fellow comrade, if protest was an offence, most of them who
are members of ASUU are supposed to have been SACKED by the FEDERAL
GOVERNMENT by now.
Of
course we know their history, the same set of people who protested over
FREE CHICKEN and TURKEY in the time past are now the ones RUSTICATING
students for PEACEFULLY DEMANDING improved welfare conditions.

A CLARION CALL TO YOU!
This is
not a small fight, we have contacted both local and international media
houses to showcase to the world the rot in the Nigerian Educational
System, University of Ibadan as a case study.
We
hereby call on students’ BLOGGERS, SOCIAL MEDIA EXPERTS, STUDENT WRITERS
AND (campus) JOURNALISTS to take the campaign to a global view. Let
them know what is happening in Nigeria, the University of Ibadan.
By the
end of today, the #FREEMOTE should be TRENDING ON TWITTER, let the
students in HARVARD University know that the supposedly first and best
university in Nigeria won’t give you light, won’t give you water and
when you stand up to request for it, they will give you an AWARD called
SDC LETTER and rusticate you!
Yesterday
it was Kunle Adepeju and Colleagues, TODAY, it is MOTE, Tomorrow It MAY
BE YOU, it is hightime we stopped this insanity because the hottest
place in Hell is reserved for those who remain neutral in times of great
moral conflict.
This protest will continuously LOCK DOWN the University of Ibadan until the following demands are met:
1. UNCONDITIONAL REINSTATEMENT of Tunji Ekpeti Michael with IMMEDIATE EFFECT
2. THE
Students Disciplinary Committee should tender an UNQUALIFIED APOLOGY to
Mr. Tunji Ekpeti Michael for the psychological trauma caused to him.
An injustice to one is an injustice to all.
Aluta continua
Signed.
Able Olayinka