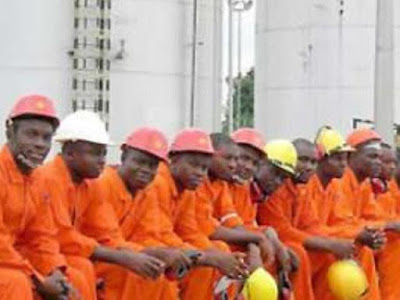 NNPC workers who started a national wide strike this morning over the unbundling of the national oil corporation, say they are opposed to the new policy because the Minister of State for Petroleum Resources, Ibe Kachikwu, did not consult with all parties involved in the before announcing the unbundling.

“We do not accept any unilateral and arbitrary restructuring. The minister cannot restructure NNPC without carrying all stakeholders along. The minister cannot run the industry as a private estate. He must carry all Nigerians along. With such a massive decision-making, a lot of things would be affected, particularly its implication on workers interest. We are unaware of what is happening. It is not fair that the workers are hearing about the restructuring in the media just like every other person. He is just creating unnecessary confusion in the polity. If the minister says he wants to restructure NNPC, has he repealed or amended the NNPC Act of 1977? What happens to the PIB (Petroleum Industry Bill), which has NNPC restructuring as one of its key objectives? Has it been jettisoned, or is there a new PIB? These are fundamental questions that the minister has to answer”he said